Sometimes I get to the point in life when I need a little magic, I want to feel what it might be like to live somewhere different, where the rules have shifted. In late December, after a few weeks of reading back to back crime fiction and juggling a terrifying pre-Christmas to-do list I was desperate for something to take me away from all this. So I rummaged through my TBR pile and surfaced with the prettiest cover I could find.

I was lucky enough to get a beautifully designed early reading copy of The Ten Thousand Doors of January by Alix E Harrow. Ornate, foil-trimmed cover? Ooh, yes please. Set in the late Victorian era but with magic? Don’t mind if I do. Doors into other worlds you say? Sign me up now.

It’s the early 20th Century and January Scaller is being raised in a privileged bubble by her wealthy guardian, an eccentric collector of antiquities called Mr Locke, when she discovers that there are doors to different worlds, that her father spends his life travelling and seeking them out for Locke, and that an unknown force is shadowing him and closing the doors down permanently.

And when her father vanishes, her comfortable but oppressive life implodes and January must rely on her wits and her friends to survive and track her father.

That in itself would make for a page-turning adventure but it’s the characters which give the story so much more strength – her mysterious gun-toting Lady’s companion Jane Imru, the enigmatic Locke himself and Bad, her lovable brute of a dog. As January is a person of colour, there’s an extra layer of tension and threat to the story. Inside Locke’s protective bubble she’s seen by his rich friends as “exotic” and objectified as a curiosity, which adds to her frustration and disorientation as she grows up. She doesn’t know who she’s meant to be, how she’s meant to behave. Then the moment she steps outside of it and into mainstream 1900s society she is met with a distrust and hostility which would send a lesser person scurrying back to the gilded cage. January’s anger as she throws off her old, obedient persona is immensely satisfying.

If I had one criticism, it’s this: there’s a plot twist that came as a huge surprise to January and absolutely nobody else around her. Which makes her shocked reaction a little unbelievable – but there is a narrative explanation for it, and it doesn’t ruin the story. By then you’re rooting for her and wondering what her next move is going to be.

Alix E Harrow’s love of words comes through in her loving description of stories, books and even the way letters look on the page, but the book is also a tribute to those other world-shifting stories – Narnia, Middle Earth and others. The worlds we all run to hide out in when this one gets a bit too much. When we’re looking for a place where creatures and colours look different or where the brutal prejudices and ingrained social crappiness we put up with every day are washed away, replaced with something just as flawed but deliciously different, full of infinite possibilities. Just what I needed to get me in the right frame of mind for the year ahead.

If it scratches that otherworldly itch for you too, then nab a copy: The Ten Thousand Doors of January by Alix E Harrow is out now

If you’ve ever read real fairy tales, you’ll know the concept of a fairytale ending is far from perfect. Before Disney got his sugar-coated hands on them, they were dark, stark teaching tales – some of them with an obvious moral, others simply twisted stories that people passed around at night to scare the petticoats off each other. 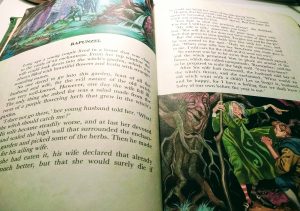 Bluebeard’s chamber was full of the corpses of his former wives, characters are blinded, torn apart by wild animals. It’s worse of course if you’re the stepmother. You could be tricked into eating the minced-up body of your own daughter, rolled down a hill in a barrel lined with nails or, if you were foolish enough to be cruel to Snow White, you could end up with your feet being forced into red-hot iron shoes and dancing yourself to death. 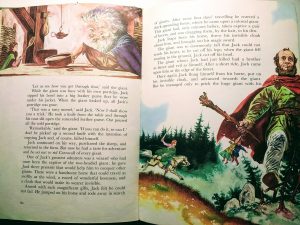 Over the years many authors have drawn inspiration from this fairytale darkness, but Melissa Albert takes it to a new level. Her novel, The Hazel Wood, manages to out-grim the Brothers Grimm.

Seventeen-year-old Alice spent her life on the run across America with her wonderful but erratic mother, who was always bundling her into the car and hitting the road at the first sign of trouble. It’s no wonder that she becomes obsessed with her rich, eccentric grandmother, Althea Prosperine.

The Hazel Wood manages to out-grim the Brothers Grimm

Althea’s book of fairytales became a cult hit in the postwar years, enabling her to buy a huge estate north of New York, called The Hazel Wood. She since became a recluse, and her book mysteriously vanished from shelves which only feeds Alice’s fascination. 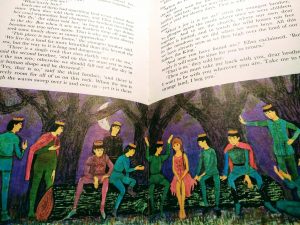 creatures from her grandmother’s tales might not be fictitious after all.

The Hazel Wood’s strength is that Melissa Albert has weaved a whole host of new tales rather than relying on the ones we grew up with, so they feel oddly familiar but warped and twisted. Some of the stories are woven into the book, but others are just alluded to, with horrific names such as Twice Killed Katherine.

I’d like to have read more of the actual fairytales themselves, although it could be the author decided to keep us in the dark to add to that sense of the unknown. Perhaps there’ll be a spin-off volume later, JK Rowling style. 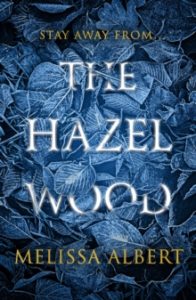 It’s a hugely accomplished book for a debut author, beautifully written and atmospheric. The heroine is tough, scrappy and flawed – although her anger issues are more talked-about than experienced, it would have been fun to explore them more. I had a bit of a crush on her sidekick, Ellery Finch. I’m not at all surprised that the film rights have been sold already.

After finishing The Hazel Wood I immediately went to my fairy tale shelf (yes, I have one) and dipped into The Annotated Brothers Grimm, edited by the incredibly knowledgeable Maria Tatar. Re-reading Tatar’s matter-of-fact tone and footnotes, plus ominous titles such as The Hand With The Knife, the link with The Hazel Wood is clear to see. Pick up a copy of both and dive in… Just don’t read them to your children.

The Hazel Wood is out now

The images are from my 1970s volume of Classic Fairy Tales, which is what started this whole thing for me in the first place. 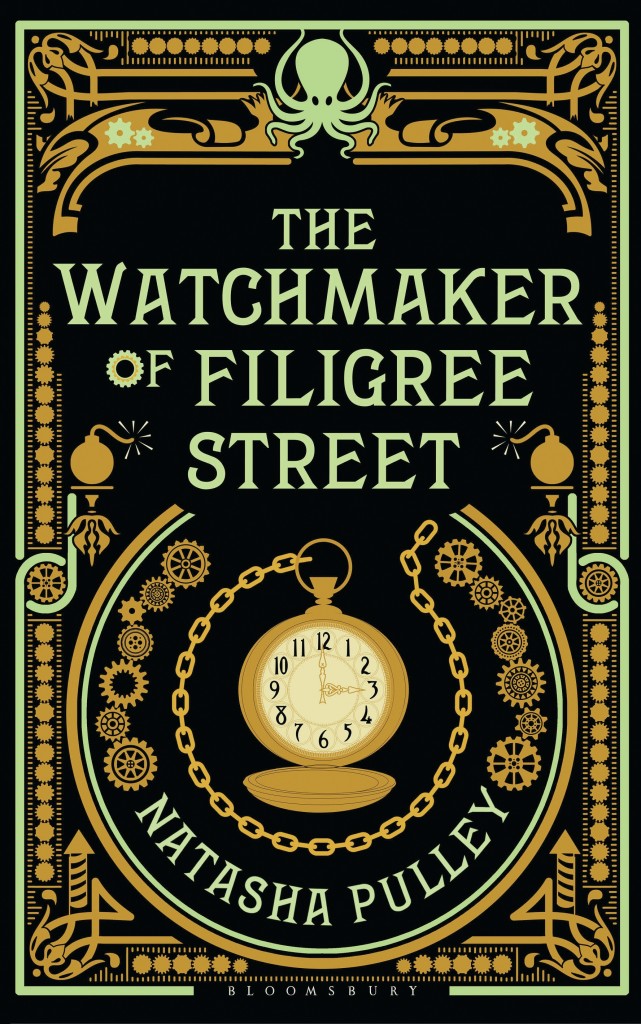 I had a fab time putting together the Cosmo summer reads list this year – it was great to be able to mix different genres and throw in a couple of wild cards. My one regret was that I spent so much time justifying this book as ‘accessible fantasy’ that I didn’t have enough words to describe how wonderful it is. I even called it a ‘caper’ which, although there were moments of high adventure, was a bit of a misnomer really. There’s so much more going on than that.

This is the story of Thaniel, a lowly Victorian civil servant who narrowly escapes an Irish Republican bomb by what seems to him like a stroke of luck. This leads him to the workshop of Keita Mori, Japanese exile, genius watchmaker and prescient.

Imagine meeting a person who remembers the future and can arrange your life to get the result he wants, lining up coincidences like a human domino run? To Thaniel Mori’s world is fascinating but his new friend Grace is profoundly disturbed. Is Mori a kindly man sorting things out for the best or a manipulative monster whose actions have robbed an innocent man of his free will?

You find yourself asking questions about love, trust and surrender

Woven through the action is an intriguing glimpse of 19th Century Japan, a race to find the mysterious bomber and a touching, unexpected love story. You find yourself asking questions about love, trust and surrender, making up your mind about a few things – then changing it again, several times in the course of a chapter.

It’s definitely a book that keeps you on your toes.

The Watchmaker of Filigree Street is out now.